What Does a Man Have to do to be Disciplined by His Church?

What do John Edwards, Bill Clinton, and Jesse Jackson have in common? They all violated their marriage vows, lied, then toyed with a confession. They should be kicked out of their churches! 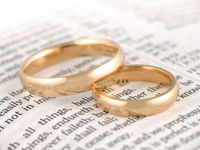 What do John Edwards, Bill Clinton, and Jesse Jackson have in common? They all violated their marriage vows, lied, then toyed with a confession. They should be kicked out of their churches!

It was 390 A.D. that Ambrose, Father of the Latin Church and Bishop of Milan, wrote to a member of his church warning him that he was excommunicated because of his public and heinous sin. He also warned him that he would not be permitted to receive communion; however, that member was not just a Larry Layman. He was Theodosius, top honcho of the Roman Empire!

It seems that a Roman official had been murdered during a political disturbance in Thessalonica, and Theodosius ordered his army to the Greek city to exact a pound of flesh. They took a little more than that since about 7,000 people of all ages were killed. Like most dictators, presidents-for-life, emperors, and others, Theodosius planned to teach the untutored, unwashed, and unarmed citizens a lesson about “who is the boss.”

Ambrose knew that he might be killed or exiled for his reprimand of the Emperor since emperors don’t like to be corrected or threatened by religious leaders. However, Ambrose’s principled action resulted in Theodosius repenting. That is the desired result of all church discipline. Ambrose said, “The emperor is in the Church, not above it.”

Recently, we have seen John Edwards admit to an adulterous affair (while his wife was dealing with terminal cancer) and he calls it “a mistake.” Jesse Jackson was caught using a vulgarism about what he would like to do to Obama and he was embarrassed and apologized. This follows the revelation of a sexual affair with a staff member and the birth of their daughter. Bill Clinton used his position to become sexually involved with a young woman and then he lied about it before being forced to admit the truth. In the mix was his denial of a long-time affair with Jennifer Flowers, Paula Jones, ad infinitum. George Bush, while not involved in sexual sins, has disgraced himself, his church, the White House, his family and the American people with his dirty mouth. All above men should be called into their pastor’s office and removed from church membership!

None of the above men should receive special attention because they are powerful celebrities. In the local church everyone and I mean everyone, is equal. However, it seems some are treated more equally than others are. Not only are the offending men guilty and reprehensible, so are their do-nothing pastors!

…even non-Christian gentlemen don’t talk that way in the presence of ladies.

President Bush has failed to live an exemplary life as evidenced by the following: Bush’s use of vulgar language cannot be tolerated. According to Time (3-23-03) he told three U.S. Senators (and then National Security Adviser Condoleezza Rice), “F**k Saddam. We’re taking him out!” Before his election, Bush called the Wall Street Journal’s Al Hunt a “f–ing son of a b****” in a Dallas restaurant in the presence of Hunt’s wife and 4-year old son! The President also said (into a live microphone) that New York Times reporter Adam Clymer was a “major-league a—hole.” Evidently, Mr. Bush doesn’t know that Christians don’t talk that way and even non-Christian gentlemen don’t talk that way in the presence of ladies.

Eph. 4:29 commands “Let no corrupt communication proceed out of your mouth.” That is a command of God to the President of the U.S. as it is to the lowliest member of his church. The pastor should say, “Even if you confessed those public sins to Christ, they must be confessed to our church so our youth and the general public will understand that Christians don’t talk that way, not even the President of the United States. You sir, are not an exception.”

Bush repudiated the Christian faith on Good Morning America when Charles Gibson asked, “Do Christians and non-Christians and Muslims go to heaven in your mind?” The President replied, “Yes, they do. We have different routes of getting there.” That is heresy and any Bible-believing pastor would be forced to challenge his reply. Acts 4:12 clearly says, “Neither is there salvation in any other: for there is none other name under heaven given among men, whereby we must be saved.” Is Bush trying to re-write the Word of God? Is political correctness more important than truth? Religion saves no one but Christ saves anyone.

When a person joins a church, he knows what the church believes and that the church has the right, yes even duty, to see that all members follow their teaching; however, the above men, through arrogance, lust, lack of character, etc., chose to disobey God and their church rules. Yet, no one is calling for their dismissal!

Everyone knows Bush, Clinton, Jackson, and Edwards will not stand at the church altar sobbing uncontrollably, confessing, as did another head of state thousands of years ago: “Have mercy upon me, O God…blot out my transgressions. Wash me thoroughly from mine iniquity, and cleanse me from my sin….Create in me a clean heart, O God; and renew a right spirit within me.” Moreover, because I demand that those men are not exceptions and must experience remorse, repentance, and restoration, I will be painted as a sanctimonious Bible-thumper. Frankly, I seldom thump my Bible!

Three of the above men are Baptists while Bush is a Methodist yet their pastors do not have the moral courage to call for—even demand their repentance. But what is shocking, even alarming is that fundamentalist and evangelical leaders are so silent! Where are all the pro-family representatives? Some of them applaud Bush when they should be appalled!

It is my opinion that many evangelical churches are an appendage to the Republican Party, and their pastors are aging and graceless cheerleaders for the GOP. Others, especially Black preachers have been in bed with Democrats for decades and would support for Idi Amin if he were a registered Democrat! Such people are strong on preaching and soft on principle. Too many pastors are hypocrites who can’t even spell principle. Principal, yes, principle, no. Bible churches used to be the moral compass of America but instead of a force to be reckoned with, they have become a farce to be ridiculed.

As their pastor, I would tell the unrepentant Edwards, Jackson, Clinton, and Bush: “Since you will not repent and confess, you will be publicly removed from our membership since you refuse to abide by our biblical standards.” Don’t hold your breath unless you look good in blue.

(Dr. Don Boys is a former member of the Indiana House of Representatives, author of 13 books, frequent guest on television and radio talk shows, and wrote columns for USA Today for 8 years. His book, ISLAM: America’s Trojan Horse! was published last year. His websites are www.cstnews.com and www.muslimfact.com.)