Total Collapse of Economy Will Result in Anarchy!

People have responded to some of my articles on the economy and asked for my present opinion… My opinion: It will be worse than I thought! Note that this is my opinion and I hope I am wrong. 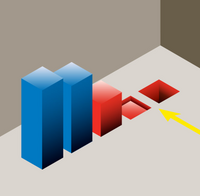 People have responded to some of my articles on the economy and asked for my present opinion in light of the last few weeks. My opinion: It will be worse than I thought! Note that this is my opinion and I hope I am wrong.

Please note that a top Russian official has predicted that the U.S. will collapse and break into six separate states and there has been talk in recent months of some parts of the U.S. seceding from the Union! Moreover, television hosts and commentators are making prediction worse than mine! I no longer feel alone or like the boy who cried “wolf.” Since my early predictions of gloom and doom, everything is screaming support for those predictions.

The dollar is worth less and will soon be worthless!

The dollar is worth less and will soon be worthless! As in the case of Genesis 47:15 when “the money failed,” I believe that is where we will be in a few months. During those days in Egypt, the main concern was food. That is what I have been saying for years. Your concern will not be vacations, television, sports, hobbies, or even your job but “How do I feed my family today?”

When the dollar has totally collapsed, you will understand why informed people have always purchased gold and silver as a preserver of their wealth during turbulent times.

I think the Dow will plummet below 5,000. There is massive negative reaction to the many bailouts and Americans are slowly realizing that we have become functionally a socialist nation. Of course, that is no surprise to many of us. After all, socialists are in control. Obama told us he wanted to spread the wealth and all informed people knew he was a socialist. In fact, his talk and actions smell like old fashioned Marxism!

Home foreclosures and job losses will continue in a free fall resulting in more business failures and more business failures will result in more job losses! Fewer autos, homes, television sets, fridges, etc., will be purchased accelerating the slide into massive national and international chaos. This will require families to live together, possibly even three and four generations.

It seems this administration is being run by Curly, Larry, and Moe

It seems this administration is being run by Curly, Larry, and Moe resulting in all kinds of corruption and administrative failure. Moreover, it may result in the most destructive, deceptive, and dangerous administration in American history. Obama’s star is fading fast, very fast, and he will be stumbling around in a dark White House long before his term ends.

As people lose their jobs, homes, and autos the anger, frustration, and resentment will reach a critical mass resulting in strikes, food riots, racial hatred, civil disobedience, and possibly anarchy. Angry homeowners will resist being evicted, darkened streets will be vacated, and malls will become black holes after dark.

Schools will be almost empty as teachers are laid off and it will not be safe for kids to be on the streets even during the day. Home invasions will be as common as ants at a picnic. Without state funds, the streets and roads will become almost impossible to navigate.

Roaming bands of criminals will take advantage of the situation preying upon helpless citizens first in the cities then on the countryside. Local police and deputized civilians will be stationed at each city’s interchanges to keep the thugs from entering smaller towns around metropolitan areas.

If the purposed new gun legislation is passed, there will be shootouts reminiscent of the O. K. Corral. If the National Guard is called in to enforce oppressive gun laws, most of those men will refuse to shoot down their neighbors with possible United Nations troops replacing Americans to enforce those laws.

Your mail may be delivered only three days a week or the whole system might collapse. With fewer workers, there will be less state and federal tax revenue so don’t look to the state or federal government for help. If Social Security checks fail to arrive, look for a big bunch of gray haired guys to storm the courthouses in every city.

The health care system will fail, leaving us on our own to deal with plagues imported from Mexico and other third world nations. The Mexican Government will probably fall within 18 months with even more illegal aliens crossing our border to “safety.” That safety will be an illusion as Americans take the law into their own hands and defend their property. The Rio Grande will run red with blood.

You have bought your last new car for many years…

You have bought your last new car for many years, either because you won’t have the money or the cars will no longer be produced.

The entertainment industry will be bare bones as sane people stop paying to attend silly third-rate movies and television will be mostly news, reruns, and documentaries. Professional sports will become history.

…this time will be an opportunity for Christians to act like Christians as we seek to help those who are hurting most.

Churches will experience a rise in attendance and a precipitous decline in revenue. Missionaries will be (actually are now being!) cut off and will return home to discover they have traded one disaster for another. However, this time will be an opportunity for Christians to act like Christians as we seek to help those who are hurting most.

As in the days of the early church, pagans were amazed as Christians suffered without complaining and reacted with concern for their enemies. During times of epidemic diseases during the Middle Ages, Christians cared for the dying, often giving their lives in support of others. Many megachurches will fold and be turned into government distribution centers.

Life will come down to this: You must have God, gold, guns, and groceries. I can easily support that statement from Scripture as knees jerk all across America (left ones, of course).

Batten down the hatches and lash yourself to the mast. Go out today and purchase necessities, i.e. what you absolutely must have to survive. The storm will rage for years. I am thankful that the Son is over the storm.