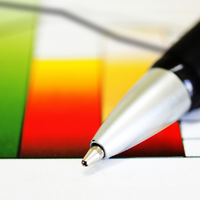 U.S debt is massive, now well over $12 trillion; that is $40,000 plus for every person in America! It is not unthinkable or unprecedented although unlikely that the government could default and repudiate all debts including Social Security obligations, Medicare coverage, and military pensions along with all foreign debts. If that happened, millions of over-fifty people would storm the White House and Congress producing anarchy and maybe a Second American Revolution. Emulating the Reign of Terror in France in the 1790s, they might bring back the guillotine for procrastinating, privileged, and prevaricating politicians. Remember that the bloody French Revolution was precipitated by a looming bankruptcy as the politicians spent far more than their income. “But that could never happen here,” says the naïve one. Of course not!

When Argentina defaulted on their financial obligations in the amount of $145 billion which they owed various banks, bondholders, and international entities, it caused ripples there and in the U.S. Major U.S. and European banks are using a lot of red ink in recent days in their bookkeeping departments!

Generous U.S taxpayers gave billions to bankers so they could continue to give themselves astronomical bonuses, salaries, and “golden parachutes.” To solve our financial woes, VP Joe Biden told AARP in July of 2009, “We have to go spend money to keep from going bankrupt.” Say what! How can you spend money if you have none and no credit? How can businesses expand when they have laid off workers and much of their business overhead continues?

Dr. Martin Weiss reports that a Depression is “inevitable and unavoidable” and the FDIC reveals that 552 U.S. banks are in grave danger of default. During 2009, 140 U.S. banks went belly-up and over 75 banks have toppled so far in 2010 with many more to follow. Banks, brokerage firms, and insurance companies are being hammered hard by the bankruptcy of major companies, credit card default, home foreclosures, corporate and personal loan delinquencies, while other blows will destroy many of the most prestigious financial institutions. To add to the pain, the FDIC fund fell to a negative $8.2 billion at the end of September; however, the government has guaranteed your savings, but who will guarantee the government?

On Nov. 24, headlines screamed, “Most global banks are still unsafe, warns S&P,” followed by an ominous assessment: “Standard & Poor’s has given warning that nearly all of the world’s big banks lack sufficient capital to cover trading and investment exposure, risking further downgrades over the next 18 months unless they move swiftly to beef up their defenses.”

On Feb. 28, 2010, the media reported that Barack Obama’s home state of Illinois is near the point of fiscal disintegration! “The state is in utter crisis,” said Illinois Representative Suzie Bassi. “We are next to bankruptcy.” Englishman Ambrose Evans-Pritchard reported on the Illinois crisis declaring, “The state has been paying bills with unfunded vouchers since October. A fifth of buses have stopped. Libraries, owed $400m (£263m), are closing one day a week. Schools are owed $725m. Unable to pay teachers, they are preparing mass lay-offs.” The school Superintendent added, “It’s a catastrophe.” Moreover, in Alexander County, the county patrol cars have been repossessed; seventy-five percent of the deputies have been laid off; and the local prison has refused to take county inmates until debts are paid. Of course, what could they expect with generations of systemic corruption?

We are all aware of California’s massive debt and constant cash flow problems forcing them to use unfunded vouchers to pay state workers! Furthermore, the state has cut teachers’ salaries five percent.  Florida, Arizona, Michigan, New Jersey, Pennsylvania and New York are all facing financial meltdowns.

“…central banks must stay super-loose to cushion the blow. Otherwise we will all sink into deflationary quicksand.” — Worldwide Depression

Evans-Pritcherd added, “If the governments of America, Europe, and Japan are to retrench – as they must – their central banks must stay super-loose to cushion the blow. Otherwise we will all sink into deflationary quicksand.” — Worldwide Depression.

This problem is a world problem with the Baltic’s, Ukraine, Latvia, Hungary, Ireland, Greece, Spain, Portugal, Britain, Japan, and other nations standing in economic quicksand — slowly sinking. We face a Depression followed by massive inflation. Fed chairman Ben Bernanke told us in his 2002 speech “Deflation: Making Sure It Doesn’t Happen Here” that a “determined government” has the means to stop deflation, if necessary by use of the “printing press.” — Are you ready to pay $15 million dollars for a hamburger or how about thirty-five billion for an egg as reported in the Black Paradise of Zimbabwe?

Because of corporate scandals, auditing irregularities, insider trading, and CEOs’ excessive salaries and benefits, people have lost confidence in the market and in politics. In the last few months, people (and institutions) have been taking money from their mutual funds in unprecedented amounts. Some have cashed their funds simply to make house and car payments! (What will happen when those cashed-in funds are gone?) Then foreign investors started taking out their money, and while this was happening, the dollar continued a faster plunge. Main Street all over the world is hurting and has been for many months.

Gold is over $1100 heading, some say, for $5,000 as bankruptcies explode, unemployment climbs to 10%, (and the Fed tells us it will be “staying high”), retailers are scared to death and the commercial real estate bubble is about to pop! Look for “ghost” malls across the nation.

When Wall Street panics, Main Street feels the pain. I see a major train wreck in the making or to change metaphors, the sharks have tasted blood and are circling their victims. Get out of the water!