Dead in the Back Seat of His Cadillac from Drug Overdose!

Country singer Hank Williams, Sr. held the world in his grasp then lost it all in the back seat of his Cadillac dying from a drug overdose on New Years Day, 1953. He was age 29. 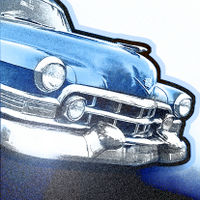 Country singer Hank Williams, Sr. held the world in his grasp then lost it all in the back seat of his Cadillac dying from a drug overdose on New Years Day, 1953. He was age 29.

He had a string of hits including “I’m so Lonesome I Could Cry” in 1949; and the haunting “Cold Cold Heart” in 1950; and “Your Cheatin Heart” in 1952.  It seems that Williams could massage a song to get the most from it and was proficient with his guitar, but he couldn’t handle fame, money, and life in general. He was often drunk or drugged.

He wrote his famous “I Saw the Light” in 1948 although the melody was exactly the same as the Chuck Wagon Gang’s 1935 country gospel song, “He Set Me Free.”  Williams often sang his song as if he was a man facing the end, desperate to believe in a salvation that he didn’t think existed. Was he trying to convince himself of the reality of the Gospel? He sang: “I wandered so aimless, life filled with sin; I wouldn’t ask my dear Saviour in. Then Jesus came like a stranger in the night; Praise the Lord, I saw the light!”

Near the end of his life he was doing a show in San Diego but stumbled drunk off stage after only two songs. His friend, country performer Minnie Pearl tried to sober him as they rode around town in the back seat of his Cadillac so he could do his second show. She got him to join her in singing “I Saw the Light” thinking it might help sober him, but after one verse, Hank put his head in his hands and said, “O Minnie,  Minnie, I don’t see no light. There ain’t no light.” But there was light, only it seems Hank refused it.

On Jan. 1, 1953, Williams died in the back seat of his car on the way to a concert in Charleston, WV. He was to do a show the next day in Canton, OH in the Memorial Auditorium. Williams’ Drifting Cowboys band opened the Ohio show with a spotlight on the curtain after the packed crowd was told that Hank Williams had died the previous day. The band, behind the curtain, sang “I Saw the Light.”

More than 20,000 people attended his funeral on Jan. 4 at Montgomery’s (AL) Municipal Auditorium where an overflow crowd listened via loudspeakers.  Roy Acuff sang “I Saw the Light” as Hank’s body lay in front of him in its casket. Acuff was joined by Bill Monroe, Little Jimmie Dickens, Carl Smith, Red Foley, Webb Pierce and others. Dickens began weeping uncontrollably during the song. It seemed to be appropriate to this huge crowd of fans that Hank’s “closure” song was used to end his last public appearance—his funeral.

Williams is buried in Montgomery, AL and across the front of his huge tombstone are the words, “Praise the Lord, I Saw the Light.”  What a tragedy that a man could talk, write, and sing about seeing the light, and apparently never see it.